Welcome to the Rav4 EV Forum! Take a minute to browse the articles. Next, head over and join the forum to ask questions or let us know if you're planning to purchase a Rav 4 Electric!

All Rav4 EVs are recalled

Toyota has recalled all Rav4 EVs to fix a faulty Tesla Component – although from the sounds of it, it is more of a software issue than a hardware ‘component’ issue… END_OF_DOCUMENT_TOKEN_TO_BE_REPLACED 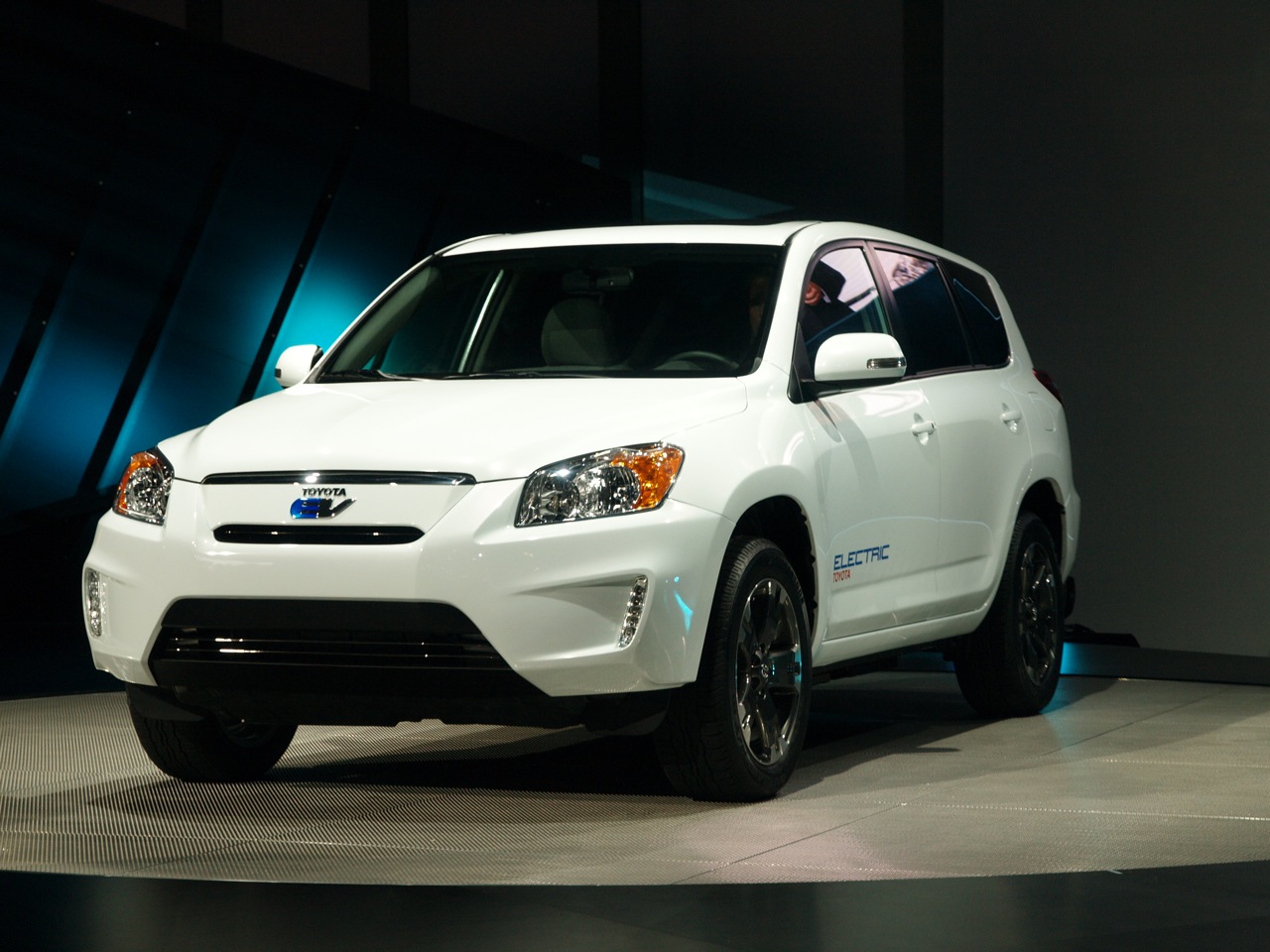 Toyota is taking the Rav4 EV on a tour of the Golden State. The tour is being called the Charge-to-Charge Tour, complete with a web series hosted by TreeHugger founder Graham Hill.

The Toyota Rav4 EV tour started in Richmond, across the bay from San Francisco, and will work its way south from there. The Rav4 EV will be exhibited at events along the way like the 40th Annual EAA Electric Vehicle Rally in Cupertino.

Toyota outlined its loan and lease options for the Rav4 electric vehicle. The EV has already started sales at some California dealerships, and will offer a 36-month lease optiong for $599 a month with a $3,499 downpayment. Toyota will offer 1.9 percent APR for those looking to buy the Rav4 EV. The Toyota Rav4 EV is priced at $49,800 and Toyota will build 2600 of them through 2014.

Toyota has finally announced that the Rav4 EV has received its EPA ratings. The 2012 Rav4 EV is rated as having a 103 miles of range on a fully charged battery, making it the only non-Tesla car to be rated over 100 miles! The MPG equivalent rating is set at 74 on the highway and 78 in the city.

The $49,800 all electric compact utility vehicle will be available for 36 month lease at $599 per month with $3,499 down. In the week of September 24th, 2012 the Rav4 EV is coming to select California dealers in major metro markets. The Rav4 EV is eligible for $7,500 federal tax credit as well as a $2,500 rebate through the California Clean Vehicle Rebate Program.

Toyota is only expecting the sales volume of the 2012 Rav4 EV to reach around 2600 through 2014, but Toyota may always decide to build more if the interest is there.

In August, Bob Carter, gorup vice-president and general manager of Toyota Motor U.S. said that the 2012 Toyota Rav4 EV will be limited to the state of California. This raised much speculation that the new Rav4 EV is purely a compliance vehicle to satisfy the new California Zero-emission vehicle mandate’s requirements.

Toyota further mentioned that they “will meet [their] ZEV credits mandate with a combination of conventional hybrids, plug-in hybrids, battery-electric vehicles and hydrogen fuel cell vehicles. The specific year-to-year combinations are flexible and will depend largely on market response and infrastructure development. As was the case with the first generation Rav4 EV, the market will ultimately decide.”

Will it though? Many would claim that Toyota pulled the plug on the first generation Rav4 EV when there was still much demand for it…

New Rav4 EV will be built in Canada It’s official. The Tesla engineered battery and powertrain will be built in Tesla’s California facility, while the rest of the Rav4 Electric vehicle will be made at the Toyota Motor Manufacturing Canada, Inc plant in Woodstock Ontario.

The first generation of the new Rav4 EV was unveiled back in 2010, and it is slated to go on sale in late summer 2012.